I’m Starting My Own Country! 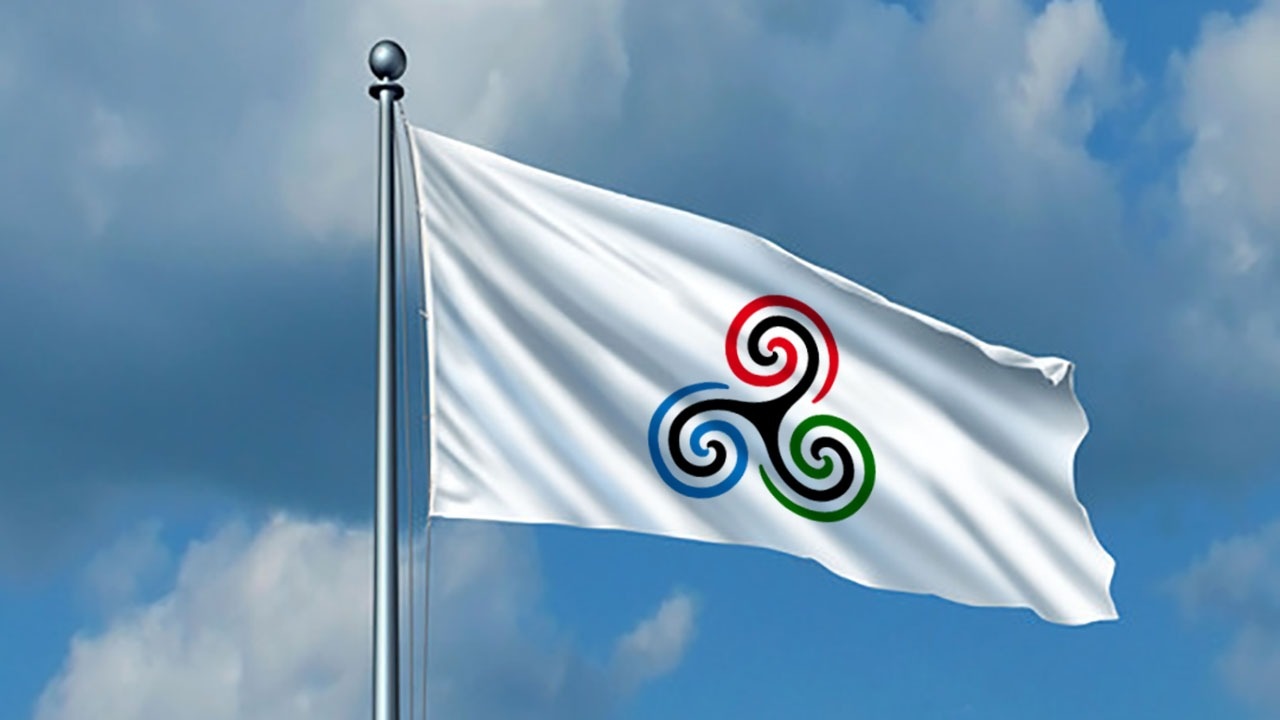 For the past several years, Brain and I have been toying with the idea of creating our own country. A Nation-State. A State Of Mind, Body and Spirit”. Of course, we also need a name that but I’ll get to that in a bit.

At this point, you might be thinking, “Rudy, you’re nuts.” To that I say, “Perhaps. But, I have my reasons:

1) I think starting my own country / nation state is a perfect way to keep me busy and living with a sense of purpose and 2) there is historical proof that most, if not all, great ideas that changed the world began with what were once considered nutty ideas.”

With that, here’s a bit about the genesis of this glorious concept:

Sometimes the thoughts that Brain and I have in regard to forming our new country have been generated by my frustration with the way things are - not unlike the feelings and words Anchorman Howard Beale had when he famously articulated, “I’m mad as hell and I’m not going to take it anymore.”1 in the 1976 film Network. But, rather than threaten to kill myself on national television like Howard did, I prefer to put my efforts into something much more constructive, positive and future oriented.

Other times, our ideas come purely from a place of fantasy, whimsy and simply for the fun of it (It’s always important to remember that fun is the best thing to have).

So, why now? Why begin today? Several things I suppose. Maybe it’s as simple as, the stars are in alignment. And/or maybe it can be attributed to my recent trip to Key West, Florida where I became enamored with the idea of the “Conch Republic”, a community who, out of protest, has adopted a “Sovereign State Of Mind” and are known as the “People who seceded where others have failed”.1 Perhaps my inspired motivation is in part due to the recent tragedy unfolding in the Ukraine where Ukranians who, despite all odds, are showing incredible strength, courage and defiance to protect what is theirs as it plays out in this cold-blooded 21st Century version of David and Goliath.

On a completely different note, I recently wrote and published a book entitled, “Embracing Change: Your Go-to Guide To Your Desired Future”. I wrote this book because I take issue with the fact that people don’t like change. You see, I believe it’s in everyone’s best interest to embrace rather than to resist change because… well, change happens. Like it or not. So, I wrote a guide to help people do just that. I tell you this because the book and the nation are based on the same underlying themes of purpose, change and transformation.

I have to admit, I also want to build this new nation for somewhat selfish reasons. You see; I too am changing. I’m in the midst of yet another life change and for some time now, I’ve been agonizing over what the hell I’m going to do with my life in the years ahead. No, I don’t care about or even want to be a famous head of state, but I have a burning desire to create my most important work; my Magnum Opus.

To that end, I’ve been contemplating and researching what this epic project might be. Along the way, Brain came up with the idea of creating our own country and so the two of us wondered, “Has anyone else ever had this same idea?” You know what? The answer is, yes! Not only have people contemplated it but they’ve actually done it. I know this because I found a book entitled, “Micro-Nations: The Lonely Planet Guide to Home-Made Nations”. As you may imagine, it’s fascinating. It’s funny. And it’s real.

So now, both you and I can rest assured, it can be done.

Now, let’s talk about the name. (Because every country needs a name).

Over a decade ago, I was invited to my friends Kate and Elliot’s house for what she called, “a Convivium”. It was a gathering of friends and creative types who ate, drank and shared projects and ideas. At the first gathering, Kate, (an all around awesome person, wonderful writer, mother-figure and mentor) explained to those attending that the name “Convivium” has great historical significance. As the story goes, in the late 1800’s authors J.R.R. Tolkien, C.S. Lewis and their writer friends gathered on Thursday evenings at an Oxford pub they called “The Bird and the Baby.” They called themselves, “The Inklings” and Tolkien made the group’s purpose clear when he wrote, “We are partners in delight.”

For the Inklings, whose educational and religious backgrounds varied greatly, the other founding purpose was friendship, but friendship with something remarkable about it. Tolkien explained it simply: we are all offspring of a Maker, and each of us carries the power of a maker in our souls”.2

Being the curious individual that I am, I looked further into the word “Convivium” and discovered the word has also been used as far back as the days of the Roman Empire where people celebrated the “banquet of life” (a nice way of saying they partook in the best, food, wine, art, and yes - even debauchery). Additionally these feasts offered an opportunity to organize social life and form public opinion.

The core belief that permeates Convivial engagements throughout history is the nourishment of genius; the demonstration of love and splendour, the food of good will, the nutrition of learning, the seasoning of friendship, the leavening of grace and the solace of life. It can also be found repeated in other small world-changing groups such as that of Pythagorus’ community in fifth-century BC Crotona, Italy, or of Dante’s Fedele D’amor fellowship in thirteenth-century Italy, or of the Medici Academy at Careggi in the fifteenth-century, the gathering place and birthplace of the Florentine Renaissance.

Marsilio Ficino, guiding spirit of Careggi, also called the small gathering of artist/healers a Convivium. What came out of these meetings was a service to life. In fact, Ficino and his group were known as the “friends of humanity.”3

All that being the case, my point of entry on this is, a Convivium is, quite simply, a gathering of people who exchange ideas and become, like Tolkien suggested, Makers … and if I may add to that, Change Makers. Change For Better Makers. People who are adept at imagining, creating, transforming and celebrating life.

Following that line of thinking, who attends Conviviums? Why Convivians of course.

And where do Convivians come from (both physically and spiritually) … where else but, Convivia!

Why do I tell you all this? Because that’s the name of my new nation state, that’s why!

And… I even have a motto, “Change. For Better.”

I do however have a couple of confessions to make. This motto is not new. And neither is the logo on my flag. I have been using them both for quite some time now. I like the motto, “Change. For Better”, because there is clearly, too much “change for worse” in the world today and we could certainly all benefit from some good vibes. As for the logo… I’ve been using it in my personal branding and thought, why not? I like it. It’s derived from an ancient symbol, the Triad, which has great meaning and universal significance. It embraces the concept of three-ness, is seen as the unity of the body, the mind, and the spirit, and is believed to symbolize physical growth, mental development, and spiritual awakening – all of which is in perfect alignment with the aspirations I have for my new country which I’m designing to create positive change for individuals, communities and our world.

So how do I get started?

Is there anything stopping me?

That’s easy. No. Nothing. I have everything I need to start my own nation; Courage. Determination. A computer and a few bucks. Of course, I have to start small. That’s ok because I learned that from the book I mentioned earlier about those who have come before me. By way of example, the Micro-Nation “Lovely” was founded by King Danny I in his flat in London4. (By the way, I plan on reaching out to King Danny for his insight. So Danny, if you’re reading this, please reach out.)

Next question… what defines a Nation?

According to the 1933 Montevideo Convention on the Rights and Duties of States – a treaty emanating from the Seventh International Conference of American States – a nation needs only four things to exist:

Let’s break that down.

Permanent Population: At present, I am my permanent population. My wife and a handful of friends have also agreed to be citizens too so I’m well on my way. (I have lots of ideas how we can grow our population but if you’re interested in becoming a citizen please let me now. I’m certain we can make that happen.)

Defined Territory: While it’s a humble beginning, I have my own office inside our own our own house and - I’m in the process of building a website. (Eventually I’m thinking the Metaverse might be a fun place to dive into as well. By the way…I do need a VR expert to help on this so please, don’t be shy. I mean honestly, how often does the opportunity to be an architect of a brand new nation come along?)

Government: Ok, you got me here. But…I’m working on that. The thing is - I hate paperwork and bureaucracy so I’m thinking something along the lines of a DAO (a Distributed Autonomous Organization based on blockchain technology). If anyone can help me with this I can pay you in “Change”; the nation’s own crypto-currency (Which I have yet to establish but, again, any experts our there who want to help found a nation, please don’t hesitate to reach out.)

Capacity to enter into relations with other states: Well, that’s easy, I’m happy to discuss this with anyone who is interested. I’ll even buy you a cup of coffee if you’re in town.

Now clearly there is much to be done. I need to draft Convivia’s guiding principles (maybe even a constitution), a national anthem, a citizen oath, and lots and lots of other things. But hey, I have the rest of my life and all the change-making Convivians from all over the world I have yet to meet who will help me out on this epic journey.

So there you have it. Convivia. Mark your calendar as this day will go down in history.

If you too are more interested in creating some change for better in the world rather than just being mad as hell about the way things are going, please consider joining me to build this near utopian nation state of mind, body and spirit. I look forward to meeting you my fellow Convivian.