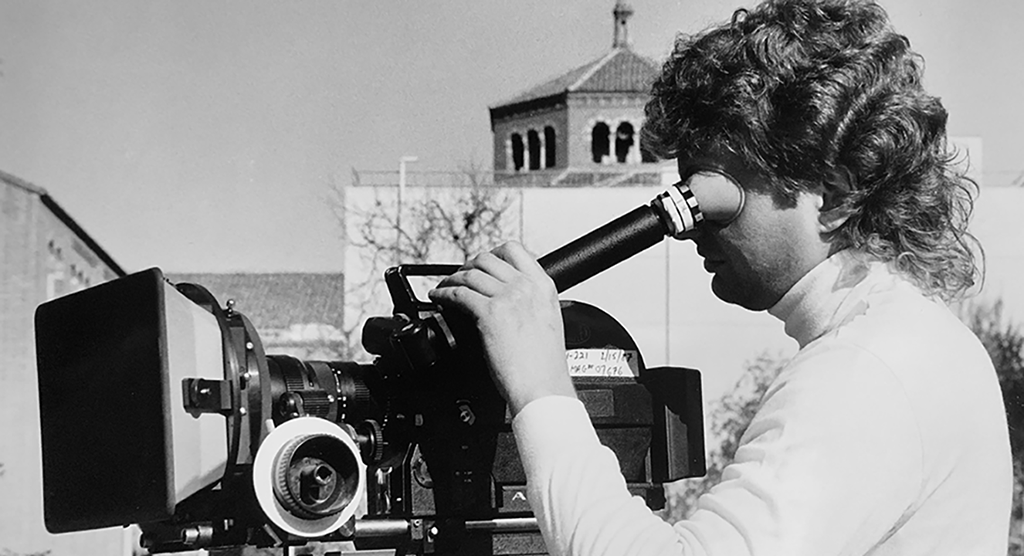 Way back when, I began my career by earning both a B.F.A in Design from the California College of the Arts and an M.F.A. from the Department of Theater, Film and Television at the University of California, Los Angeles.

Upon graduation from UCLA, my first notable professional position was Research Supervisor and Assistant Director on the Emmy-award winning mini-series MGM: When the Lion Roars.

In 1991, I altered course and joined the sports-oriented advertising agency Creative Impact. In my capacity as Creative Director, I served as in-house producer, director and writer for the agency’s print and television productions.

Two years later I headed back to Hollywood as I was offered the job of Line Producer, Assistant Director and Post Production Supervisor for the feature documentary, In Search of Dr. Seuss (starring Robin Williams, Christopher Lloyd, Patrick Stewart and Billy Crystal) which ultimately garnered seven Primetime Emmy Award nominations in 1995.

I was subsequently hired to co-produce the six-part documentary series entitled Sex, Censorship & the Silver Screen. The series was commissioned as a celebration of the 100-year anniversary of the cinema and was hosted by legendary sex-icon, Raquel Welch.

At that point in my career, I figured I was ever bit as capable as those whom I had worked for so I co-founded Eleventh Day Entertainment with producer/director Frank Martin. Since its inception, Eleventh Day was an Award winning and critically acclaimed, multi-faceted production company that produced numerous corporate, commercial, government and interactive productions. In total, we produced roughly two-hundred hours of primetime network and cable broadcast programs. Among them are the two-hour Tiffany Network special, CBS: The First Fifty Years, the six-part documentary series Sex, Censorship & the Silver Screen which was hosted by Raquel Welch and the one-hour TBS special hosted by Billy Crystal, Warner Bros: 75 Years of Laughter.

While at Eleventh Day I also co-produced a four-hour production, For Love of Liberty: The Story of America’s Black Patriots. Hosted by Academy Award Winner, Halle Berry and introduced by former Secretary of State Colin Powell, this two-part film acknowledges the sacrifices and accomplishments of African-American service men and women from the Revolutionary War until the present day. The film won the 2011 NAACP Image Award for Best Documentary and aired on PBS.

In addition to producing and directing projects, my key function at Eleventh Day was long-term strategic planning and overseeing day to day corporate operations. Over the years I have served in various leadership roles on over $40,000,000 of media production.

In 2007, I co-founded The Imagine It! Project with my colleague Richard Tavener. I produced, directed and edited two feature documentaries under this banner as well as a video library containing over 80 interviews with distinguished individuals in the fields of art, education, science and engineering at Stanford University, MIT, the National Academy of Engineering, the National Science Foundation, The Smithsonian, The Getty Center, and other highly respected institutions and companies around the world.

In 2010 I changed gears completely and become involved both as an investor and managing partner for JustFoodForDogs. For the first five years of its existence, I produced all the company's media assets including the website, photography and video. I also had a hand in establishing the company branding as well as all the technical aspects of operations. In 2017 the company partnered with Petco and what once began as a single kitchen in Newport Beach has gone on to have numerous kitchens and is growing to hundreds of pantries nationwide.

In 2013, in the midst of growing JustFoodForDogs, I had the privilege of working once again with the Kauffman Foundation as they commissioned a feature documentary entitled, Here. Us. Now.  Making this film treated me to a crash course in genetics, the pharmaceutical industry and drug development as I became focused on this very personal story of the Hempel family and their fight to save their twin daughters Addi and Cassi who were diagnosed early in life with Neimann Pick Type C disease, a debilitating and deadly rare disease sometimes referred to as "Childhood Alzheimers".

In 2016, I left full time employment at JustFoodForDogs and began spending more of my time building Rudy Poe, OÜ. where I began assisting select clients build their brands, providing them with photography, video and online media services as well teaching and mentoring.

At present, I am fortunate to be spending a significant amount of my time utilizing my experience and resources to develop my own personal brand of media. I’m tapping into my passions and experience to create intelligent new media projects, including my recently published book and companion online course entitled, Embracing Change.  The primary themes of my focus are the future, change and longevity. Why these subjects? Because I’m enthusiastically ready to begin my next 60 years of life, love and happiness.